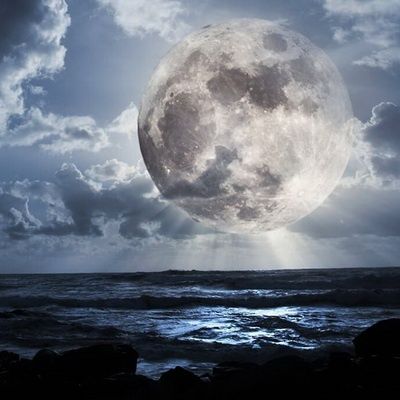 Those of you who are familiar with my work are aware of the potential bumps in the road that I see; the New World Order, environmental problems, and Earth changes.

Many of you also know that my true purpose in reminding us of dire predictions and prophecies is to be wrong, to remind us of the Chinese proverb – the one that says if we don’t change our direction we are likely to end up where we are headed. My purpose is to serve as a wake-up call so that we can change our direction, and to remind us of another Chinese proverb that says crisis and opportunity sit side by side. Since we create the reality, and since everything is a function of consciousness, how these events play out is totally up to us. Therefore, it is my prayer that we speed through these possible hazards with ease.

Let us keep in mind what is really happening. In the context of the bigger picture, we are in the process of moving from one world to the next, from the third dimension to either the tenth, eleventh, or twelfth overtone of the fourth dimension, or as the Native Americans would say, from the fourth to the fifth world. That means we are all in transition, we are all going through tremendous change. For many of us, our old world is falling apart while the new one is not yet firmly in place. It also means that we are in the process of completing the past. We must clean up the mess we have made before we can make this move. My sole purpose is to make it my personal business to see to it that our journey from one dimension to the next is a safe, smooth ride.

Now, let’s look more closely at the bigger picture. To begin, there is a particular motion our planet makes that we must understand in order for any of this to make sense.

This motion is known as the precession of the equinoxes. The Earth’s axis, in addition to being tilted 23 ½ degrees, wobbles. This wobble causes the equinoctial points to change one degree every seventy-two years; it changes the viewpoint of one zodiacal constellation every 2160 years, making one complete revolution every 25,920 years.

Seen from the North Pole, the axis traces an ellipse. At one point on this ellipse we are closest to the center of the galaxy; at the other we are farthest away and moving in a counter-clockwise direction. Our consciousness is directly related to this movement. As we move toward the center of the galaxy we wake up, as we move away from the center we fall asleep. From this tiny wobble we literally shift dimensional levels, stepping not only into brand new worlds but also into a completely different way of interpreting the one reality. Simultaneously, great physical changes occur, no less than poles shifting, i.e. the planet turns over in space.

It is not at the two points closest and farthest from the center of the galaxy where this shift happens, but rather at two points nine hundred years removed from each of them.

As we approach these zones of change, we reach maximums on all kinds of levels, as we are now. Why? Because we are 180 degrees opposite the time when the poles and our consciousness last shifted. We are in the midst of great changes and are about to experience changes greater than our ability to imagine.

Many people interpret these changes metaphorically. For example, on a radio program where I was recently interviewed, one caller had his own version of California falling into the ocean, saying that it had already happened: in 1964 Esalen Institute opened and California did fall into the ocean – the ocean of emotions – and it started a revolution towards the light. He also had his own interpretation of Edgar Cayce’s prediction of the destruction of New York. “What is New York?” he asked. “It is the financial center of the world. This means the end of the material world will come to pass. We are going towards the light with this whole evolution of consciousness. People have to think of these things as metaphors.”

Another individual (whom I’ll call David) sees the upcoming pole shift as a polarity shift, a balancing of the masculine and the feminine principles – much overdue balancing, by the way. He understands it as a metaphor for profound internal changes. The masculine or the left-brain in all of us, the part that sees itself as separate from and trying to control Nature and life, is being balanced by the feminine or right-brain, the side in all of us that is able to intuit the oneness of all life.

David believes the Earth is already in the fourth dimension and that humanity is fluctuating between the third and fourth dimensions. He sees the third dimension as a high-level dense place where fear, duality, and separation appear to be real. As we move up in vibration, these elements begin to dissolve – first on an inner level and then on an outer one. This is extraordinary, as he sees it, because the whole socio-economic system – the medical military industrial complex, as he calls it – is a fear based system. It is based on keeping people disempowered – that’s how they control us. Since we have bought into it, we have simultaneously accepted a very limited conception of who we are. That is all changing. As it changes, we are stepping into our birthright of health, peace, and freedom. We begin to identify much more closely with our true nature.

I am in complete agreement with all of these points – and I see the upcoming shifts literally, that we really will switch dimensional levels into a shorter wavelength where the reality is completely different, and that the poles will shift at the same time. I also see that these events are directly related to our consciousness. If we approach these changes in fear, then we will create a fearful experience, a cataclysm. If we can raise our consciousness to the point where we can attune to these events, they will be a beautiful experience, a different kind of cataclysm. Since it is not helpful in any way to approach the coming shift with fear, we must find a way to integrate any fears we may have about the coming changes.

But I want to further complete the big picture. Prophets of doom are seeing likely events preceding and leading up to the poles shifting – events that would usually happen as we approach the end of a cycle. But something else is going on.

In Nothing in This Book Is True, But It’s Exactly How Things Are, I explained in detail how scientists had concluded from eighteen years of calculations that in August 1972 there would be an explosion on the Sun, unparalleled in our experience. They predicted there would be another explosion in 1984, and very soon after that, the Earth’s poles would shift.

I also explained how the Sirians intervened in this predicted crisis in 1972 by creating a holographic protection field around the Earth. Their objective was threefold: (1) to protect us from the sun’s pulse; (2) to do it without our knowledge and, (3) to speed up our evolutionary process to get us to the point where we could protect ourselves.

The third point is the key here. Their intention was just to give us a little push, but that push never stopped. We have continued to accelerate to the point where it has gotten ridiculous.

What this means in part is that we are already in a different reality. Events that would normally happen may not happen that way at all. It means that our thoughts, feelings, and actions are more powerful than ever, and we have the ability to instantly alter our reality. This is why the success rate of many predictions (Cayce, Nostradamus, etc) has fallen off dramatically since 1972.

It also means that we on Earth have the attention of all life everywhere in the universe. Life has never, anywhere, seen anything like this. Just the mere fact that they are watching us has a direct impact. Science knows that the observer affects the outcome of the experiment. But they are not just observing. Higher life forms are coming here to participate directly. They are doing this both as walk-ins and through birth.

So, even though destiny looks as positive as it does negative, the ascended masters don’t know the outcome for sure. If we buy into mass negativity, it could get very ugly. Their belief is that we are in a mass dream and if we wake up to that reality, we can create it any way we want it. In an ideal scenario we will all ascend as one. As though we were a million years advanced in our evolution.

The usual scenario leading up to the shift is massive breakdown of all systems with total chaos and confusion. This time, however, we have an opportunity to keep it all together right up to the shift. It could happen very suddenly with almost no warning. It also could be an incredibly beautiful experience.

This leads to the most important task of all – doing the necessary inner work. Since our thoughts, feelings, and actions are creating our reality unerringly, and since they are more powerful than ever, our responsibility is to raise the quality of our thoughts and feelings so that they are in harmony with life – so that our personal reality mirrors universal reality. We must step consciously into the reality that this is a mass dream, learn to act in unison, and see and feel with one hundred percent intention what we want.

Do we want to live out of fear and ignorance, or do we wish to create heaven on Earth? The choice is ours.