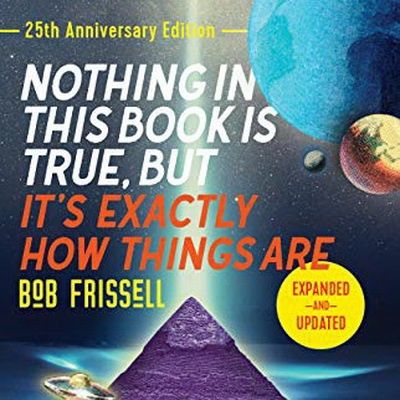 1. How many species of beings are presently manipulating (for positive or selfish) means, our reality? What are some of the more tangible ways that this is being done?

Extraterrestrials regularly visit a planet like ours. But it is against universal law for them to interfere with us. For this reason they enter one overtone higher than the one the planet sits on so that they are invisible to us. But they can monitor us very clearly from this higher vibratory rate. In fact, the next higher overtone on our planet is right now so full of vehicles filled with curious occupants that more recently arriving visitors have had to go into the second overtone, and they have now almost completely filled that one. Ours is the most unusual situation ever known in this universe. There are even beings from distant galaxies here to watch. Usually they would never bother with us. Most of the ETs who are here are in light bodies, and are very much rooting for us.

Some of the more tangible evidence came in the 1970s and into the 1980s when the Grays, an ET race who do not have our best interests in mind, were conducting a multitude of experiments on cattle. In this time period, there were thousands of reported cases of mutilations of cattle (and other animals as well) all over the world. Linda Moulton Howe, one of the prime investigators of these incidents, did an ABC television special called “The Strange Harvest” and also wrote a book called An Alien Harvest. She first thought that the U.S. government was responsible, but after more research, she concluded it had to be someone more technologically advanced. She found that the incisions were made with incredibly accurate lasers, beyond our capability at the time. Furthermore, the cows were placed back on the ground with every single red blood cell removed, something we can’t accomplish.

2. What is the purpose of alien abduction in the long run?  (Regarding the Grays)

In a word, survival. There are certain changes that all beings must make in order to “move with the times.” The Grays are a race without an emotional body, and as such, are not able to ascend any higher. They are trapped in their present level of existence.

In their sexual experiments with humans, the Grays attempted to blend themselves or put their essence into our species so that maybe something of themselves would survive. Their initial experiments involving hundreds of thousands of people soon escalated into the millions. These unfortunate ones were taken off the Earth and onto their ships on the fourth dimensional level, where sperm was taken from the males and ova from the females. This was combined with Gray sperm and ova and put into the human females. In three to four months, the fetus was removed and brought onto the ships and raised in test tube-type situations. They cloned another race on this planet through which they hope their genes will continue. As cloning experts, the Grays have done extensive experimentation on humans for a long time. They have made many experimental models of humans in search of the perfect one. They are doing this because they are a dying breed and they know it. Their experiments with humans are an attempt to preserve something of themselves by creating a Gray-Human hybrid. They realize that they are not going to make it, that their particular life form is terminating. The universe has allowed the Grays to do this because all of us on planet Earth are deeply implicated with them from the Martian connection in Atlantis.

There are at least five other extraterrestrial races involved in this drama. For instance, other dimensional beings are making sure the Grays don’t overstep themselves as they were wont in the past.

3. Would you consider the merkaba meditation and visualization a defense technique in the abduction scenario?

Everything is a function of consciousness, a matter of moving through your fears and limitations  so that you are in harmony with the substantive qualities of life; such as love, truth, beauty, trust, harmony and peace. As you do this, you realize you have nothing to fear from the Grays or any other dark entities. They need your fear in order to control you. The merkaba meditation can be a very useful tool in this regard.

We are saving the world as we step out of our illusory nature and into our true selves. We are spiritual beings having a human experience here on the third dimension. We are One with all life on all levels of existence, we have been around since the beginning, and we will be around until the end. Having that awareness creates the possibility of living your life in its true context.

The entire planet, and everyone on it, is in the throes of tremendous change. We are all mutating-Mother Earth is in transition and so are we individually. Some of us are more aware of this than others. It means we get to experience the joy of having more light flow through us and also the inconvenience of having our old world dissipate before the new one is completely together.

Like it or not, we are all mutating, and if we resist, it can get pretty tough. If you try to go back to your old way of being, it won’t work anymore. If you begin to identify yourself as a spiritual being here to assist the planet, you are moving in the direction of the transformation and are therefore helping it. You will be able to find your way more easily.

We do create our reality unerringly. In fact, all we ever see “out there” is simply an outward reflection of our own inner state of affairs. If we see fear and limitation, it is because that is what is going on within us.

As we begin to wake up to our true nature and identify with the master that we are, this then becomes our inner experience. We are then able to project it outside ourselves; and as we do this, we are indeed healing the planet. We do have the ability to change the future. It is all a function of our consciousness.

5. What do you think of theories relating the Men In Black, super soldiers, and time travel? (Answer any part of that you like : )

Time travel was developed in the 1980’s during the Montauk Project with assistance from the Grays and other ET races. The details can be found in a book called The Montauk Project – Experiments In Time. I also have a chapter on it in Nothing In This Book Is True, But It’s Exactly How Things Are.

It reached a climax in, 1983 when it coupled with an earlier project, the Philadelphia Experiment, which was being held in 1943.

Both experiments were conducted on August 12th of their respective years. According to Al Bielek,, who claims to have been transported from 1943 to 1983 by the linking of these two experiments, there are four bio-fields of the planet, and all four peak out every twenty years on the 12th of August-1943, 1963, 1983, 2003, etc. This creates a peak of magnetic energies at these times and also coupled the two experiments.

Bielek says the linking of the two experiments, which ripped a huge hole in space-time, was caused deliberately by the Grays who worked on the 1983 end. They did this to put a rift in the fabric of space-time so that large numbers of aliens and ships could come through. Evidently the hole was necessary to get large ships through and make a mass (silent) invasion of the United States. From that invasion came the joint U.S.- Gray treaty, an agreement that gave the Grays permission to abduct a limited number of humans in exchange for technology.

In linear time, the 1983 Montauk Project came after the 1943 Philadelphia Experiment, but this experiment created a time-loop such that the way we conceive of linear time chronology no longer applies.

Bielek, who also claims to have been involved with the Montauk Project, said they developed the ability to travel easily in time. They could go as far into the past or future as they wanted

6. Would it be fair to say that Nothing in this Interview is True, but it’s Exactly How Things Are?