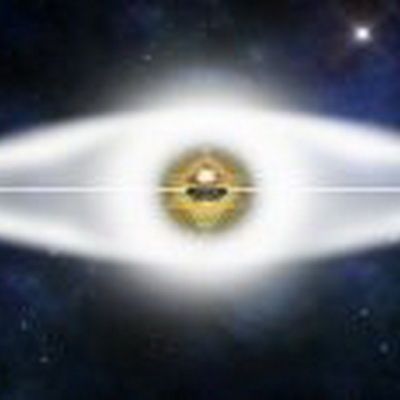 The merkaba (sometimes spelled merkavah and, or merkabah) is a vehicle of ascension. It was believed in ancient times, and even written about by the Hebrews, that the merkavah could be turned on by certain principles in meditation. This involves breathing changes, and mind, heart, and body changes that alter the way a person perceives the reality. A fully activated merkaba field enables you to turn your body into a ball of light and bring it with you as you travel from one dimensional world to another.

Sacred Geometry and The Merkaba
The key to understanding how to use the merkaba begins with a basic understanding of sacred geometry, which in turn, will enable you to locate an electromagnetic field shaped in the form of a star tetrahedron. That field is around our bodies. 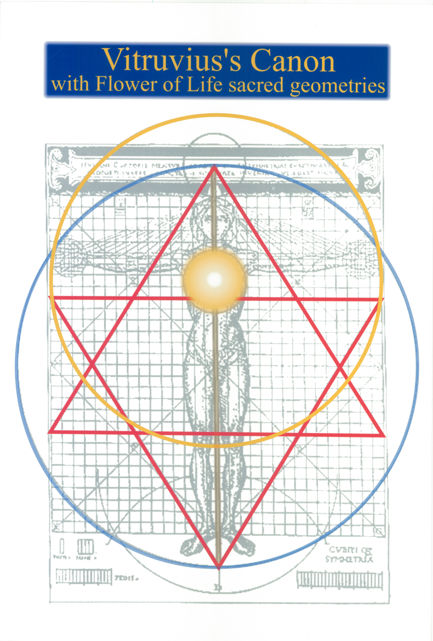 Figure 1: The star tetrahedral fields around our bodies

There is also a tube that runs through the body. It connects the apexes of this star tetrahedral field. Learning how to breathe through this tube, combined with rotating the fields, produces the merkaba, a vehicle of ascension.

We have a physical body, a mental body, and an emotional body, and they all have star tetrahedral shapes. These are three identical fields superimposed over each other, the only difference among them being that the physical body alone is locked—it does not rotate. The merkaba is created by counter-rotating fields of energy. The mental star tetrahedral field is electrical in nature, male, and rotates to the left. The emotional star tetrahedral field is magnetic in nature, female, and rotates to the right. It is the linking together of the mind, heart, and physical body in a specific geometrical ratio and at a critical speed that produces the merkaba.

The word “Mer” denotes counter-rotating fields of light, “Ka” spirit, and “Ba” body, or reality. So the Mer-Ka-Ba then is a counter-rotating field of light that encompasses both spirit and body and it’s a vehicle—-a time space vehicle. It’s far more than just that, in fact there isn’t anything that it isn’t. It is the image through which all things were created, and that image is around your body in a geometrical set of patterns. That image begins at the base of your spine as small as the original eight cells from which our physical bodies first formed. It moves out from there first forming a star tetrahedron, then a cube out at your hands, then a sphere, then back to back pyramids( known as an octahedron) then an icosahedron, and then a dodecahedron. The field extends out a full fifty to sixty feet in diameter, depending on your height. It looks like a flying saucer (Fig. 2).

That field is an immense science that is being studied everywhere throughout the cosmos. How well someone understands the MerKaBa, is usually in direct relationship to their consciousness level.

The MerKaBa Meditation | Merkavah | Merkabah
In my Igniting Your Inner Light Course, I will introduce you to ancient esoteric teachings that illustrate for the left brain how there is truly only One consciousness, One Spirit, and that we are all part of that Oneness. After your mind understands this concept, I will then teach a 17-breath MerKaBa Meditation that will re-establish the proper prana flow, and along with its’ companion, the Unity Breath Meditation (which will also be taught) will allow you to feel and experience this Unity of Being.

The MerKaBa Meditation is a combination of sacred geometry teachings within a meditation that create a doorway through which you travel beyond the limitation of time and space to the unified living field of which we are all a part — the living energy of all creation. As you become more adept in this practice, your life will change profoundly as your inner eye opens to the unlimited potential of the human spirit.

The ascension process is accelerated through the remembrance of the MerKaBa, a crystalline energy field in a specific geometric structure extending around the body for 55 feet. 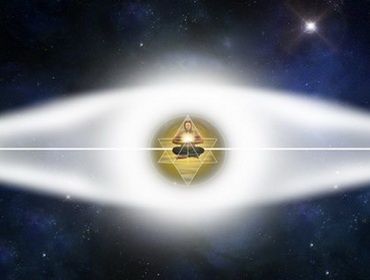 Figure 2 : An activated MerKaBa field looks like a flying saucer

Merkaba Video | The Vehicle of Ascension