Get your Free Report: Your Higher Self - Your Connection to Source

Have you ever wondered how to approach feeling more connected to your soul, desires and passions but struggle to know where to start?

In my Your Higher Self - Your Connection to Source eBook, I’ll break it down for you so you can live in your truest purpose and engage each day with renewed purpose, energy and excitement.

Do you feel a massive void in your life and
your soul is screaming for more?

Are you ready to reconnect to the core of your inner desires, so you can create the joyful, purposeful life you were always meant to live? 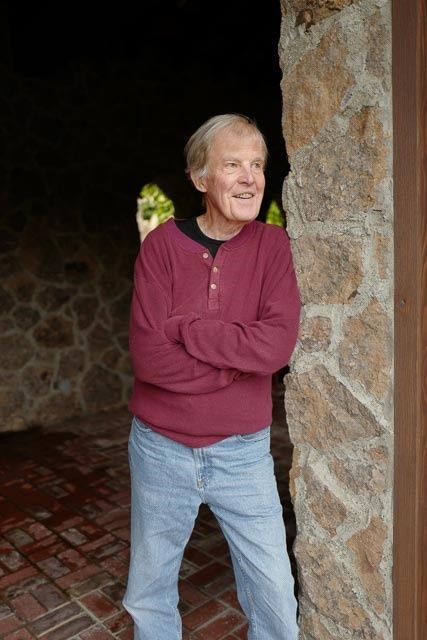 A Creation Out of Absolute Necessity!

I was motivated to learn all that I teach out of necessity. I was suffering from a chronic low back injury that had taken a number of turns for the worse, leaving me quite helpless for much of the time. I was committed to finding a way of getting my life back, no matter what and no matter how long it took.

I clearly recall the many times I would stand in front of a full-length mirror and affirm with total conviction, “I want my body back!!!!!” I would then see myself exactly as I wanted to be—hiking, running, doing whatever I wanted— and always in perfect health. You might think that with such a burning desire that a solution would be forth coming, but not so. I was struggling to stay above water in a sea of confusion for many years, but I never gave up.

I didn’t realize it at the time (try to explain water to a fish), but my condition was entirely stress induced, and underlying that was a sizeable reservoir of unresolved emotional trauma dating back to childhood. And it was held in place by a constant fear that it would only worsen; and for years it did just that. Stress and anxiety---along with many bouts of depression--- were my constant companions, leaving me struggling to swim upstream in a deep sea of pea soup.

I had an experience in August of 1980 that unbeknownst to me at the time, held the keys to my healing. This experience was so remarkable that to this day, I sometimes shake my head and wonder if it really happened.

Freddie, an adorable orange tabby, was found by me in a garbage can chocking on an overly tightened flea collar. I rescued him and instantly adopted him; he quickly became my best friend in many ways. He was clearly grateful for having found a home where he was finally treated with the love and respect that he deserved. He was playful and affectionate---he was always good for a hearty “meow “whenever I put my hand on the top of his head to pet him.

One day Freddie became quite paralyzed; he had absolutely no use of his rear legs. He was able to move around by inching himself forward with his front paws, and he wasn’t in any apparent pain or discomfort. He was just being himself as though there was no problem.

I wanted to help him, but what could I do? Well one early evening I was sitting with him on my deck and all of a sudden, I had a totally spontaneous experience. I had a vision that quickly widened into a feeling---and then into a knowing. Then in a matter of a few minutes, I knew and felt with total certainty throughout all of my senses, that there was absolutely no reason that Freddie would not be completely healed. In that moment of total certainty, Freddie got up and walked around as if nothing had ever happened---never again to return to his paralyzed condition.

Then one day a couple of weeks later, he came home from his daily territorial adventures with one eyelid shut. It remained that way for about two weeks. When it finally opened, I saw that what had been an eyeball now more closely resembled a piece of dead flesh; it had deteriorated probably to the point of no return. I took Freddie to the vet, who gave him virtually no chance of retaining his eyeball. He gave me some ointment and wished me luck. He also advised me of the importance of returning in a few days to have the eyeball surgically removed. I left wondering if he would even survive such a radical procedure. I also worried that he might not survive it anyway; what if it was cancer?

Shortly thereafter, and again, while sitting on my deck with him, the spontaneous vision of Freddie’s perfect health returned to me again. It quickly intensified to the point to where I saw it, felt it and knew it with absolute certainty and clarity throughout all of my senses. His eye immediately began to heal, and was quickly and completely back to normal. It remained that way for the rest of his life.

I must emphasize that this was all completely spontaneous. Somehow it just happened, and it all seemed completely normal and natural at the time. I will also say that even though I was extremely grateful for Freddie’s instant and seemingly miraculous healings, I had absolutely no idea of what had happened---or why it happened. I didn’t think it or plan it or realize that any of it was even possible.

At the time I had absolutely no idea, that the keys to my own healing---and yours too---were contained within this experience.

It took a long, long time before any awareness, any insights of what had happened began to come to me. In fact in November 1988, Freddie quite suddenly went from good health to very ill. Within a matter of a few days, he was dying and I was helpless to do anything about it. He soon passed as I sat there helplessly watching. It was a sad moment indeed; I would have given most anything for another spontaneous healing.

Finally, eleven years after these incidents---by 1991, I had internalized enough to begin to get the message; and I began to heal. What did I learn?

Looking back on it, clearly Freddie had no limiting beliefs about what was possible. He was at total peace and in harmony with his reality, no matter what his condition was; he had no resistance---absolutely none. Animals are not at war with themselves, only humans do that. He was simply a clear channel for the healing to pass through him. After all he was a cat; he was just being himself!

I finally began to realize that all the stress that we feel, in fact, the source of all our problems, is caused by resistance to what is. It is caused by insisting that reality should be different from what it is because it is not measuring up to the imaginary standard that we have in our mind.

Well my imaginary standard was that I wanted my body back; I wanted my life back! And all of my attempts to change or alter or change my condition for the better only resulted in more setbacks and increased levels of frustration; I felt quite helpless.

I remembered Freddie and his complete acceptance of the present moment, no matter what his circumstances were. I finally began to realize that I had to let go of resistance to what is; I had to stop making my condition wrong! Until that time, I habitually made stress and painful low back feelings wrong, and tried to suppress them. You would too; we have all been conditioned to react as such.

From this understanding, I could begin to put the pieces together into a composite whole. I was able to go back and reverse-engineer my earlier experiences with Freddie, and develop a system that became the blue-print for my own healing. I have since shared it successfully with thousands of others; this was the birth of my Breath Alchemy Technique!

I have experienced many modalities in my 25 or 30 years of metaphysical journeying and I can say wholeheartedly: Breath Alchemy a la Bob Frissell is the most healing and beneficial gift I have ever given myself. The oxygenation alone is worth the price of admission!! Take it from someone who spent many, many hours confined to a desk and computer.

Beyond that, Bob's approach of non-judgment and allowing while coaching the sessions allows integration into wholeness that is life enhancing and enriching. It is taking me to a wonderfully grounded and joyful place energetically. In a healthy, safe, calm and supportive way, Bob is guiding me to the skills that I will be able to use any place, any time for the rest of my life--and it's as close as my nearest breath!!

Check out the many testimonials my clients have so graciously written

My three books---having sold in excess of 700,000 copies---are published in twenty five languages and are available in more than thirty countries. As a result, I have given my two workshops—The Breath of Life and The Flower of Life---throughout North America, as well as Europe and Australia.

As an avid lover of music, it pleases me greatly to know that musicians have credited the ideas presented in my books as a source of inspiration for their own creative work.

In my books, I detail from a big-picture perspective, the enormous infusion of higher dimensional energy that is dramatically raising the vibratory rate of the planet and everyone on it. I also give the details of the personal transformation that we must make if we are to survive and thrive, so we can “catch the ride” into higher consciousness in a way that enables Mother Earth to reach critical mass and become “lit from within”.

I am therefore, on a mission to helping as many thousands of men and women as I can in opening up to their unlimited potential by discovering that the resolution to any unwanted condition lies within them!

On a personal note, I am a nature enthusiast. I love to hike and all manner of cats, squirrels, ducks, wild turkeys, deer, and redwood trees catch my eye. I live in Sonoma, California.

Free report reveals how to harmonize the spiritual and emotional energies in your body to create more presence, receptiveness and creativity in your life